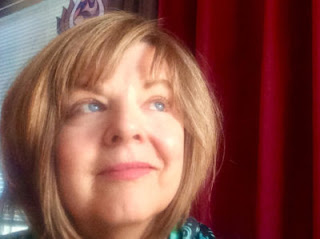 Accessible Yoga Blog: Where do you teach? Who is the population?

Mary-Jo: I teach adaptive yoga at my in-home private studio and at rehab centers, hospitals, and private physiotherapy centers. I also teach at the Heart and Stroke Foundation, Youth Without Limits – Cerebral Palsy Association British Columbia (BC), BC Wheelchair Sports Association, and Spinal Cord Injury BC. I also run Adaptive Yoga Teacher Training programs. I enjoy teaching in my home studio most of all because I have a lift and the equipment that is needed to make yoga truly accessible for all bodies.

Accessible Yoga Blog: Can you share an experience that stands out?

Mary-Jo: Since becoming disabled, the experience of teaching and practicing yoga has been exaggerated, meaning that when I first was injured I had a very different sense of my body and who I was in my body, and as a result I needed the spiritual, non-physical tools of yoga in order to help me deal with those feelings and distortions. Once I had established myself physically in a more grounded and familiar place and I could teach to ‘the physical,’ I began to notice that teaching yoga to populations who had some form of trauma or physical challenge was quite different than teaching a group of ambulatory people. The concept of ‘body-betrayal’ exists overtly in this group and ‘covertly’ in able-bodies.

No matter who we are or what our physical incarnation is, we need to learn how to love, care, and most importantly, manage our physical bodies in our experience of being physical. This is crucial for both populations. Consequently, I changed the way I teach to my adaptive groups so that I can address the potential fragmentation between the body, mind and spirit in direct ways, thereby moving toward a more conscious and intentional acceptance. This slower, more conscious, intentional approach has made a huge difference with the ambulatory population in coming to terms with their own body/mind disconnect.

Mary-Jo: I find that teaching the special-needs population informs my teaching of the mainstream population more than the other way around. I find that concepts such as patience, acceptance, surrender and the ability to see oneself not just as a ‘physical’ being are more readily accepted and understood by many who have had the experience of adversity or trauma. I am continually humbled and inspired by those people who have to deal with a lot yet are still earnest and diligent in their desire to stay positive and attuned to their physical, mental and spiritual being.

I also became intimately aware when teaching people with special needs that there was a lot of ‘bracing’ in their bodies due to living with some form of a disability. Naturally their nervous systems are more sensitive so the use of sound and non-physical elements was fundamental in being able to create safety and support for their systems. What this taught me when teaching an able-bodied population was that bracing and trauma exists in many systems, however someone with all their physical capacities can easily hide or not even be aware of the fact that their system is in overload or fight/flight. They function well physically, but suffer from things like insomnia, anxiety and other related disorders. So what I started doing was teaching the able-bodied people to slow down more and to pay attention to the signals in order to calm the nervous system on a very deep level. They could still have a very physical practice, but the overarching intention was to create steadiness, internal strength and calm. This is something that a disabled body grapples with on a very real level externally every day.

Mary-Jo: Lately, I have been working on new projects that combine yoga and coaching in order to facilitate the change agent in places where it is needed. One is a concept called “Yoga-fit4disability,” which uses both cardio and yoga to help clients achieve better health and well-being. I am also very excited about the “Recovery Deck” project I created to implement yoga in hospital settings as best practices for newly-injured spinal cord, brain, stroke, and cancer patients. Finally, I am always excited about my Adaptive Yoga Training program and the students who are learning how to become adaptive yoga teachers.

Mary-Jo Fetterly has been teaching yoga for 30 years. She is a mom, a student of somatic and social work, a health coach and a yoga therapist. Her company, Trinity Yoga, in Vancouver offers Adaptive Yoga trainings and a line of adaptive yoga bolsters and products to help make the experience of yoga accessible to all.

° DONATE here to help us bring yoga to people who don’t have access or have been underserved, such as people with disabilities, chronic illnesses, children with special needs, and anyone who doesn’t feel comfortable in a regular yoga class.
Posted by Nina Zolotow at 11:13 AM No comments: 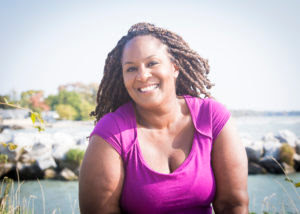 Accessible Yoga Blog: Where do you teach and who is the population?

Dianne: My most accessible platform and the one that I’m most proud of is Yogasteya, which I created in 2012 well before the online yoga boom had started. I had a brick and mortar yoga studio, and there were groups of women who were having babies. In Canada, where I live, we get a year for maternity leave. Some of the women asked me to record the classes on audio so they could practice at home when they had a break, so at first my husband and I decided to set up a camera in the studio and record the classes. Eventually I decided to create an accessible platform for pregnant and postpartum women, people with disabilities, and people with larger bodies, essentially people practicing with a range of limitations. After some time, I broke it down more and created an accessible yoga website. It mostly catered to people in larger bodies, because when you show up to a yoga class and the teacher is not in a larger body, he or she doesn’t know what to do with you. There’s a whole group of people who feel really intimidated stepping into a yoga studio space, so I designed this website primarily for them.

Every Wednesday I do an Instagram Live class and I put it in the Facebook group or on the site so that people have an opportunity to practice live with us. I also teach at the park at the end of my street every Saturday from May to October. I like to teach in unconventional places because they’re less intimidating for people.

Last but not least, I have a group of ladies that have been practicing with me for over ten years—they come to my house and range in age from 75 to 80, so I do a lot of accessible yoga with them. Hip replacements, knee replacements, arthritis, and so on. I really appreciate them because they help me try to figure out how to vary and evolve this practice so more and more people with limitations can get to it.

Accessible Yoga Blog: Can you tell us about a teaching experience that particularly moved you?

I had a student who was in a wheelchair who suffered from genetic scoliosis. She couldn’t bear weight or walk on her legs but she could wiggle her toes. She was essentially strapped into the chair and couldn’t raise her arms higher than her chest. She had sent a group e-mail to every studio in the city and no one but me got back to her. At the time I was taking advanced teacher training and I thought it was a great opportunity to use my skills as a teacher and to serve somebody. I told her that yoga is mostly about breathing.

She lived in my neighborhood so we met at a church where I was teaching, and we tried to figure out what we could do together. Her mother came with her the first time and explained what some of her challenges were. I decided to reach out to her massage therapist and her physiotherapist, and we all worked together to figure out how we were going to serve her best in that chair. This went on for the better part of three years, and by the time she had moved on from yoga she was riding a bike that was powered by her hands—that’s how strong her arms had become. Eventually she got a minivan and I now see her driving all over the city. It was amazing to see the transformation of a person who was relying on her mother to a person who felt more physically comfortable in her body to ride a bike, to learn to drive and to eventually move out on her own.

She was one of my best teachers. I was inspired that she wasn’t afraid to reach out to people and to try. She’s one of the people who helped inspire this yoga.

Accessible Yoga Blog: Why do you teach this population? What made you choose this specific group?

Dianne: The population that I was primarily interested in was people of color because those were the people I did not see in yoga class. It inspired me to create a space for people who looked like me and to put my image out there, which was really hard for me initially. At first I used stock photos of thin white women because I was worried that nobody would come, but when I finally put myself out there in the larger body doing all kinds of different kinds of things—chair yoga, yoga at the wall, yoga with props, yoga without props—then everyone started coming because I looked like them.

So that was the catalyst serving that population… I knew how much the yoga practice had impacted my life and had allowed me to make peace with the body I was in and to be a better person, a better global citizen, and a better parent and spouse. I wanted that for everyone.

Dianne: I’m excited to offer retreats and getaways and yoga opportunities for people that don’t feel like they belong. You see the advertisements for retreats with everybody running around in the string bikini and doing yoga on the beach. I offer retreats for full-bodied, melanin-infused yogis!

I’m excited to work with people who are either doing the work that I’m doing or students who I can help feel better about themselves and understand that this practice is for them, and that spending time being angry about your body or feeling bad yourself is not a life well spent.

Dianne Bondy is a celebrated yoga teacher, social justice activist and leading voice of the Yoga For All movement. Her inclusive view of yoga asana and philosophy inspires and empowers thousands of followers around the world – regardless of their shape, size, ethnicity, or level of ability. Dianne contributes to Yoga International, Do You Yoga, and Elephant Journal. She is featured and profiled in International media outlets: The Guardian, Huffington Post, Cosmopolitan, People and more. She is a spokesperson for diversity in yoga and yoga for larger bodies, as seen in her work with Pennington’s, Gaiam, and the Yoga & Body Image Coalition. Her work is published in the books: Yoga and Body Image and Yes Yoga Has Curves.

° DONATE here to help us bring yoga to people who don’t have access or have been underserved, such as people with disabilities, chronic illnesses, children with special needs, and anyone who doesn’t feel comfortable in a regular yoga class.

Posted by Nina Zolotow at 11:20 AM No comments: