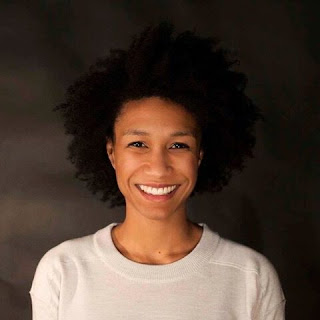 Nicole Cardoza, yoga teacher and entrepreneur who strives to make wellness more accessible through yoga classes for school children, and coordinates grant funding for underestimated entrepreneurs, delivered a keynote speech at the Accessible Yoga Conference in New York on Oct. 11, 2019. Here is some of what was said, edited for clarity:

"I feel it's really important in the yoga world to know what's going on and the changes because of people like her (Nicole). Briefly, Yoga Journal had offered Nicole a cover, which is exciting, and then they did some kind of weird market survey thing where they posted pictures of Nicole from a cover shoot they did with a white yoga teacher, and asked people to vote on which cover they wanted and it was just unnecessary, racist garbage basically. Just to put that out there, especially when they had already told her that she was the cover. And they had made that contract with her, it was really messy. And the reason I'm really excited about this is to say I was amazed by what Nicole did. She turned this really painful situation into a learning opportunity for all of us and Yoga Journal. She handled it so beautifully and we all learned from what she was teaching us. And we're grateful for her being here tonight."

I'm really honored to be here. I've talked about this magazine cover a lot but I haven't had the chance to talk about it with a bunch of people who are supportive. I'm so grateful to be in a space where people recognize and honor and understand that story, because we're all in that work.

When that situation happened, the first thing I did was feel incredibly ashamed. They didn't tell me they were going to do any kind of survey involved. It was actually ironic because they were coming on tour with my non-profit (Yoga Foster) that brings yoga and mindfulness to schools. A lot of what we do is reclamation, like how do we leverage the resources in the inaccessible yoga community and bring it into schools that need it most? We're really excited about having a big media partner to be able to help with that. They (Yoga Journal) did a feature on Yoga Foster, they were going to do a feature on me, and it was a natural progression to be on the cover. So what an honor to be able to be on the cover because of that work.

So you can imagine how shameful it was to be told that the work was great and the story about the work was great, it was just my body and my skin and my hair, or whatever else they saw in the photos that they chose to take, that wasn't good enough for the cover. And making yoga accessible in my life is deciding what I will no longer tolerate. For me it was no longer tolerating not being comfortable in my own skin. This practice has made me feel at home in my body.

Then I got hella mad. Hella mad. We deserve to be angry black women or however you show up in your work. And we deserve to be hella mad collectively. So I emailed Yoga Journal and when I didn't get a response, the next thing for me was to have this conversation with people who need to know about it, right? Because this happens to all of us all the time. This stuff happens behind the scenes every day, all the time. It's rare that it happens as publicly and blatantly and disrespectfully as Yoga Journal.

The reason why Yoga Journal listened isn't just because of what I posted. It's because of every single person who came to my defense on Instagram––so a big shout out if you do follow me on Instagram because they wouldn't have listened if so many of us did not decide that we were no longer going to take this anymore. So, thank you.

One way that we need to change this is by giving people access to resources so that our work can thrive without having to play that game. Without having to feel like we have to shrink in order to be successful. And my small contribution to that is starting Reclamation Ventures, as Jivana mentioned, which is a fund which is investing in other entrepreneurs that are consistently underestimated in this space, that are doing work to make yoga accessible, or to make yoga "yoga." And I want to continue to support people who are doing this incredible work so that maybe, next year, this isn't the Accessible Yoga Conference but just the Yoga Conference.

This post was transcribed by Patrice Priya Wagner, co-editor of Accessible Yoga blog and member of the Board of Directors.

To preorder Jivana Heyman's forthcoming book Accessible Yoga in the U.S., go to Shambhala Publications, Amazon, Barnes and Noble, Indie Bound (for independent bookstores), or your local bookstore. People in other countries who want the order the book see How to Order "Accessible Yoga" from Countries Outside the U.S.
Posted by patricewags@gmail.com at 8:30 AM