Interview with Lisa Yee on Yoga for Traumatic Brain Injury 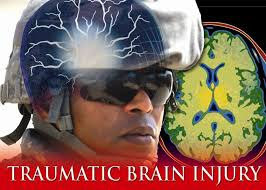 Lisa Yee responded to our call for interviewees and what follows is our discussion about her traumatic brain injury (TBI) and her thoughts on teaching yoga to students with TBI.

Priya: I understand that you started practicing yoga after experiencing a traumatic brain injury (TBI). Can you share with us what caused the TBI and what symptoms you have?

Lisa: I was a passenger in a car on the evening of September 9, 2008, when the crash occurred at a traffic light less than a mile from home. I’d gone to pick up my daughter from gymnastics practice and allowed her, a teen with a learner’s permit, to drive us back. The car was T-boned while she was turning left, I was told later.

I was the only one injured (thank God). My husband has told me the medical helicopter pilot urged him to hurry to the hospital––and that only later did he realize the urgency was because I wasn’t expected to survive. The horrific car crash resulted in injuries to me that included a fractured pelvis, five other broken bones, a lacerated liver, a bruised lung, two cracked teeth and, worst of all, a traumatic brain injury.

In fact, doctors couldn’t figure out why it took me a week to come out of a medically induced coma. I stayed in the hospital for two months recovering from my physical injuries and continued with physical therapy upon release, along with having a home-care assistant. My memories from that time are sparse, and I have complete amnesia for the time surrounding the accident.

My symptoms from the injury are:

Priya: After you went through months of physical and cognitive therapy for neuro-cognitive problems, depression, hampered mobility, and trouble with “activities of daily living,” you were introduced to yoga at the Eola Center in Aurora, Illinois. Did yoga help you continue to heal? If yes, please describe if it was physical, mental, or emotional––and how that that helped you.

Lisa: Yes, yoga did help me continue to recover. At first, the help was purely physical. I had been a runner prior to the accident and had returned to my sport, but my husband had researched brain recovery and knew that focused activities like tai chi and yoga were especially beneficial. I immediately fell in love with the athleticism of yoga. I began running to the yoga center (a mile from my house) since I could no longer drive, for classes three times a week, feeling stronger and more capable as time passed.

But soon something inside me began to change. As I held poses and focused on the breath, I became aware that I was feeling happy—and not just about my own practice. I’d see classmates in the big mirror and think, “Yeah, you can do it!” instead of feeling competitive, which was always my default mode. I made friends, even though I still tend to get people’s names mixed up. And after class, I’d feel a newfound sense of calm instead of my usual anxiety.

Priya: I understand you teach yoga now––we would love to hear more about if that experience affects your healing.

Lisa: Yoga’s role in my recovery has been physical and emotional. In 2015, I trained to be a teacher (I now teach veterans as a volunteer), and that 200-hour training at Prairie Yoga in Lisle, Illinois, helped me mentally and opened up a sense of spirituality I’d never imagined.

I’ve been volunteering as a yoga instructor at our local Veterans Administration Center, where soldiers come for counseling and fellowship. After group therapy sessions with credentialed counselors which vets attend (but I don’t, of course), I offer the option of yoga class.

Although I see a few regulars, many come in for a class or two sometimes with spouses or children. Because several of my students are Vietnam vets and some are young people who’ve served in Afghanistan and Iraq, I never know what I’m going to get, mobility-wise.

I’ve learned while doing—taking generous advantage of props, toning down the pace of class, and now teaching mainly chair yoga with a few creative changes. For example, having students march in place as I sing parts of each military branch’s anthem, walking the “tightrope” of a rolled-out strap on the floor, etc.

Classes never go as planned (does anyone’s?), but I always leave with a smile and a full heart. Helping others helps me. Helping others by using my yoga skills always brings me feelings of happiness and peace. The conversations I’ve had with some of my students, meanwhile, put my own situation into perspective. Of his wartime experience, one Vietnam vet said only, “I saw some things.” Another nodded knowingly.

As for myself, I see how truly fortunate I am. From the start, my husband has devoted himself to my care, even becoming an expert on brain health. Knowing that focused activity helps the mind recover, he’s the one who led me to yoga in the first place.

The mental focus required to do yoga and eventually to come up with appropriate sequences to teach, helped me regain my intellect (except for math, spatial relations, and the ability to remember what day it is)! My yoga teacher trainer also assigned us to write a “thesis,” or research paper, and that was a further brain boost. 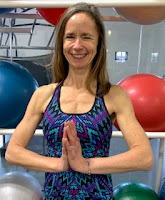 Lisa Yee worked in journalism for nearly 20 years, most recently at a suburban Chicago newspaper, until suffering a traumatic brain injury in 2008. Several years later she started yoga classes at the Eola Community Center in Aurora, Illinois, and in 2015 took her 200-hour teacher training in nearby Lisle. She began volunteering as a yoga teacher, first at Mutual Ground women‘s shelter in Aurora and now at the Aurora Veterans Administration Center for groups and individuals.


This post was edited by Patrice Priya Wagner, Managing Editor of Accessible Yoga blog and member of the Board of Directors.


To order Jivana Heyman's book Accessible Yoga in the U.S., go to Shambhala Publications, Amazon, Barnes and Noble, Indie Bound (for independent bookstores), or your local bookstore. People in other countries who want the order the book see How to Order "Accessible Yoga" from Countries Outside the U.S.
Posted by patricewags@gmail.com at 8:30 AM