What Do Goat Yoga and Iyengar Yoga Have In Common? 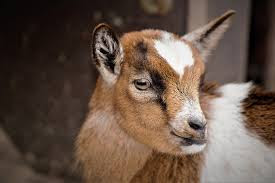 I used to laugh about all the different types of yoga classes that tried to fit under the umbrella term of Modern Postural Yoga (MPY), especially Beer Yoga and Goat Yoga. Certain ones I nicknamed "yogaerobics" because they emphasized the work-out aspect of the class. I didn’t speak the same way about classes taking place in religious ashrams because, although they were modern and postural, they adhered to an understanding of yoga specific to those denominations.

All that has changed nowadays because as I have been trying to pull apart the web of dense and divergent meanings of yoga practice, lineage traditions, belief in or repudiation of gurus, and translations of yogic texts, one simple phrase kept popping into my mind. I heard professor Andrea R. Jain, PhD, Associate Professor of Religious Studies at Indiana University–Purdue University in Indianapolis say in a podcast that yoga is entirely context dependent, and it made perfect sense to me. Such a short sentence but it packed a huge wallop.

When I came to accept this as my mantra when thinking on the current state of Modern Postural Yoga I immediately felt like a huge burden had been lifted off my shoulders. I finally understood why there can be so many extremely different activities taking place under the same Yoga umbrella although they have little in common. Those who like beer are happy with their Beer Yoga and people who are fond of goats can do yoga alongside friendly four-legged creatures. Who am I say it's not yoga when yoga is entirely context dependent?

For a while I felt foolish explaining my new discovery to people who have studied with me, expecting them to have known this all along and wonder if I was losing my mind. I was curious if they were just smiling politely at me, and when out of earshot saying "Duuuh." But I don't think any of them did that. We had spent hours trying to cobble together a common understanding of the link between an Iyengar class, for example, and a Goat Yoga class. We didn't reach a conclusion but had a lot of fun experimenting with how we might create an Iyengar-like Tree pose with a goat and a human for a Goat Yoga class. Not one of them had said that Goat Yoga doesn't need any link to Iyengar to call itself yoga.

Today's society is so multifaceted that we would expect nothing less than a panoply of yoga practices, each looking and sounding different than the next. We've come to embrace a rainbow of types and I, for one, appreciate the freedom that allows for expressing our individuality. As a person with a disability, I modify my practice according to my body's abilities and feel appreciation for Accessible Yoga teaching me poses that I can actually do. For example, doing Tree pose with one hand on the wall to help with balance works great for me!

Through my studies of the history of yoga, I've come to understand that there is no one tradition that is yoga, even if we still mistakenly refer to a single "ancient tradition of yoga." It should be plural: "ancient traditions of yoga." In centuries past, there never was just one yoga recognized by all, but rather many types that co-existed simultaneously in various regions of Asia. For example, Patanjali’s Yoga Sutra 1.2 states, “Yoga is the stilling of the fluctuations of the mind,” whereas the Bhagavadgita 2.50 says, “Yoga is skill in action.” The Vaiśeṣika Sūtra 5.2.17 (likely compiled sometime between 6th and 2nd century BCE), reads,”When the mind is established in the Self, there is an absence of pleasure and pain for an embodied one. That is Yoga.” While the reason to practice yoga may have been shared, that is, to end suffering as a living human being, the definition of what constituted “yoga” varied amongst groups.

So it's not a new phenomenon that yoga has many differing styles that all go by the same name: yoga. I exhaled a great sigh of relief when I realized that I wasn't losing my mind but making an accurate comparison regarding the past and present based on textual evidence, just as many historians do. However, that doesn't mean I plan to try Goat Yoga anytime soon. 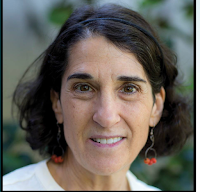 
This post was edited by Nina Zolotow, Editor in Chief of the Accessible Yoga blog and co-author of Yoga for Healthy Aging: A Guide to Lifelong Well-Being.


To order Jivana Heyman's book Accessible Yoga in the U.S., go to Shambhala Publications, Amazon, Barnes and Noble, Indie Bound (for independent bookstores), or your local bookstore. People in other countries who want the order the book see How to Order "Accessible Yoga" from Countries Outside the U.S.
Posted by patricewags@gmail.com at 9:09 AM