COVID-19 and the Spanish-Speaking Community: Summary of an Online Conversation 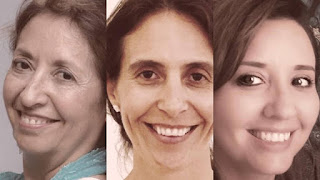 Hosted by Jivana Heyman, a new edition of the AY Community Check-In took place online May 1, 2020, this time concentrating on the how the Spanish-speaking yoga community is coping with the COVID-19 pandemic. In this conversation, some of the experiences of the Latin American and the Latinx groups in the USA were discussed by Claudia Maria Fandino (Colombia), Linda Natera (USA), and Alma Durán (México).

Jivana, who welcomed all and invited the participants to introduce themselves, opened the session. After that, Linda led us through a centering meditation.

The conversation began with a brief account of the current conditions in the places where the participants live and work. For Colombia, Claudia Maria reported that social distancing is being enforced and no economic activities are taking place, and that the country reports more than 6,000 infected with coronavirus and about 300 people have died. In México the situation is about the same, Alma said, where Phase 3 of the pandemic has been declared. However, a difference in Mexico is that the closing of non-essential businesses is not being systematically implemented, which has led to certain firms working under what they called “puerta cerrada”, closed doors, with all the dangers that that brings. Linda informed that although in Austin, Texas all yoga studios are still closed, the local government has begun to loosen some of the social distancing restrictions and certain businesses are being allowed to reopen.

Next, the issue of how the participants’ yoga teaching has been affected by the pandemic was addressed. Maria Claudia experiences it as a dramatic change. Due to the pandemic, teaching in Bogota’s prison is not allowed, neither could she continue servicing her cancer patients. Unfortunately, online teaching is not an option because the technology required for that is not accessible. And all group activities have been stopped. The only option was to record a few classes and send them to the prison administrators for later viewing.

Alma reported that she took her classes online via Zoom since the state’s government issued stayed-home orders, and little by little the participants are finding a new “normality” by practicing yoga through this medium. The classes have to be adapted, sequences have to be simplified to become safer, and it requires much creativity to generate meaningful interactions virtually. And not all can participate because the access to technology is not equal in Mexico.

Linda’s experience taking her classes online began with Facebook, given that this is the medium her students are familiar with. The limitation of Facebook is that it is not possible to see the students, therefore interactions and possibilities to adapt the practice to their needs do not exist. She is considering switch to Zoom. Linda has been contacted by some non-profit organizations that are interested in bringing virtual yoga classes to the Spanish-speaking populations they service, such as people living with HIV.

More details about the specifics of teaching virtually were discussed. In Mexico, Alma, who leads a SANGHA with more than 70 certified yoga teachers, said that being a yoga instructor even before the pandemic was linked to what they call “informal employment” (no minimum pay, no benefits, no rights, etc.), sub- or underemployment, and extremely low pay (as little as 7 USD per class was the rule). To start with, then, making a decent living from yoga teaching in Mexico was only possible for a very few. Given that there is no unemployment insurance and that most yoga studios and gyms have been closed, many yoga teachers have had to resort to other ways to make a living, such food delivery, etc. At the same time, there is an avalanche of free yoga classes online, which leads those who can pay for instruction to wonder why they should do so. For those who do depend on their work as yoga teachers to survive or that have to at least cover their expenses if they are offering content online, times are extremely hard.

On her part, Linda remarked that as a small business owner she still has to pay her business expenses, and she basically depends at the moment on donations that she receives from those students who wish/can to support her. She has noticed that there are more people teaching in Spanish in the USA. Jivana added that to address that interest, Maria Claudia will be translating his online Accessible Yoga Teachers Training into Spanish, so that more people can be trained in their own language and in their own countries.

The next point on the agenda was to consider the challenges that teaching online brings. The main ones are the access to technology, difficulty of getting feedback from the students, how to offer sensitive adaptations, and not being able to interact closely. Another point to consider is that many students don’t have yoga props of their own.

In spite of the present limitations, Jivana asserted, yoga still works if we can concentrate on it as an internal experience. Maria Claudia emphasized that this time offers us an opportunity to find new ways to teach yoga, bringing us back to its essence. For example, concentrating on the subtle yoga practices, such as pranayama and yoga nidra, is helpful to reduce stress. This makes clear the point that yoga is far more that just “activating” the body; it helps us to deal with the mind, which is of high value these days, when there are so many concerns about the mental health of the population. We can teach people how to use yoga to watch and manage their thoughts and feelings. On her part, Alma expressed that she sees the challenges as opportunities to grow, such as concentrating on the central teachings of yoga, tailoring the classes more, simplifying sequences and making them safer for online teachings, speaking and moving more slowly so that people can follow, and finding ways to create a virtual community for the students.

Linda spoke also about her efforts to make yoga part of the Latinx community, where many people still perceive the practices as something foreign or inappropriate. She does that by highlighting that ALL can practice—independent of health condition, age, body shape, etc.—not using Sanskrit terms, and specially inviting people who’d never done yoga before to try it.

In Colombia, the government is interested in bringing yoga to national television, which is important because internet access unavailable to a large part of the population there. Maria Claudia is collaborating with a new project that will bring short, accessible yoga to the house of many families, where several generations—as it is normal in Latin American households—live together. Now, they will practice yoga together!

Before closing, Jivana considered the importance of reminding the Accessible Yoga community of three ways in which this organization is seeking to support its Spanish-speaking members. First, Accessible Yoga will be hosting another virtual panel in Spanish, led by Maria Claudia, dedicated to the impact of the coronavirus in Latin America. It is scheduled for Wednesday, May, 14, 2020 at 14:00 (CDT) so mark your calendars! Second, some of the Accessible Yoga Blog posts are being translated into Spanish. Please go to the blog (see En Español), read the posts, comment on them, use them in your classes, reflect upon them, and share them. And, third and very specially, the next Accessible Yoga Conference is being planned. This will be held virtually and will give the diverse linguistic communities the opportunity to have a voice and representation. The Spanish-speaking community will be part of it! 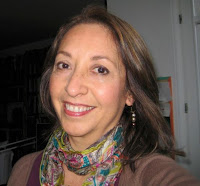 Alma Durán, PhD, is an anthropologist, educator, and yoga and mindfulness teacher. She began practicing yoga in 1980s and Zen Buddhism a decade later; she considers these disciplines saved her sanity and facilitated a long and successful career in the communication industry as well as in the academic world. Her formal teacher training is very eclectic: Iyengar, Power, and Sivananda Yoga. Additionally, workshops in Viniyoga, Regenerative and Yin Yoga, as well as Yoga for Seniors, Accessible Yoga, and Yoga for Cancer have greatly influenced her instructive approach: a breath-centered practice adapted to the needs of each student. Alma obtained her teaching certifications in the United States, The Netherlands, and in Germany. She is a Yoga Alliance Registered Teacher. Alma now lives with her family in Mérida, México, where she offers yoga, meditation, and mindfulness classes in Spanish, English, and German language.

° DONATE here to help us bring yoga to people who don't have access or have been underserved, such as people with disabilities, chronic illnesses, children with special needs, and anyone who doesn't feel comfortable in a regular yoga class.
Posted by Nina Zolotow at 6:00 AM