Insurrection at the US Capitol from the Desi Perspective 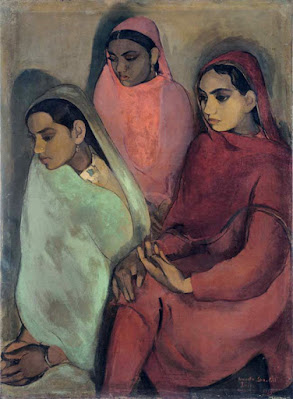 
It's Day 4 since the White Supremacist insurrection at the Capitol and I have to share what, upon reflecting, seems to be some dangerous themes, especially in the world of Yoga and the Desi immigrant community that I am a part of and love so deeply. Many seem shocked that this happened and that the White domestic terrorists were aided actively, and have had only a few dozen arrests as opposed to an estimated 13,000 Black Lives Matter (BLM) protesters. Many express outrage, disappointment, grief, and heartbreak that this happened. This is understandable. However we can’t be shocked anymore, the system was meant to protect some, not all. The system has been in place for centuries since the birth of the United States of America as a republic.

In social media, some White yoga teachers are carrying on with business as usual, posting pictures of asana and invitations to workshops, marketing their offerings of “wellness and well-being,” or selling yoga mats and clothes at discounted rates. It is business as usual for the “Yoga industry.” Not a word about the Capitol terrorism and siege that was planned openly on right wing media, not a word about what this means to their fellow BIPOC citizens who are fearful, anxious, and traumatized about how this event can impact their present and future living conditions in this country.
There are a handful of White yoga teachers and leaders who have outright denounced this heinous act that included many neo-Nazis, and a few who have alluded to it indirectly, but many powerful yoga teachers are silent thus far. Why is there such an aversion to speaking out? What will it take for all voices to come out in solidarity against White Supremacy? How many more lives need to be lost?

Many yoga teachers don’t want to be “political” and hence the silence. This aversion to “politics” comes from the broader cultural framing of conversations around political differences, and the notion that politics is something that is very private and, hence, it would be impolite to discuss it openly. This has created a culture of silence around anything to do with policy, governance, political affiliations, and exploring how politics is personal. The policies and political leaders are chosen by us. We, in turn, are impacted by those policies.
This pandemic has exacerbated underlying discrepancies of access to basic healthcare, food, education, and employment, impacting the BIPOC communities deeply and tragically. The discrepancies are felt personally and if we don’t cultivate spaces and leverage platforms where we can be honest and truthful (Satya, the second Yama of the 8-fold Path), vulnerable, and broken, then are we practicing Yoga fully and completely? Yoga then is relegated to a physical practice and something that we do to self soothe, merely a capitalistic endeavor with an eye on the numbers.

Some who are decrying this violent insurrection start with this sentence, "I don’t care if you voted Republican or Democrat..." Well you should care because this whole thing has been a function of Republicans (GOP) being complicit or looking the other way or excusing Trump’s racist strong arming and calling on the likes of the Ku Klux Klan (KKK) and Proud Boys for five years. You should care that people still voted for this President after what he said and did about Mexico and immigrants. You should care. If you don't care why people you know continued voting for a racist bigot, then it is worth your time to examine why you don’t. Because if you don’t, this cancer of White Supremacy will metastasize into something even more devastating.

Then there are those yoga practitioners who ask for compassion, in the name of Ahimsa, for those who are Trumpists because they are in denial or ignorant. Perhaps as White people or those with privilege you can afford to deny or stay ignorant. As BIPOC people who feel directly attacked by this President and his enablers, to ask this of us, is causing us harm, Himsa. A great learning that we have in this moment is that we have different realities and outcomes in this country, the Whites and the Non-Whites; it behooves us all as concerned and engaged citizens to acknowledge this difference honestly. Or this will cause us harm again.

As a part of the Desi community, many, many of my siblings have worked tirelessly to ensure this racist bigot never enters the White House again. There are also many Desis who have voted for Trump because of either selfish economic interests or internalized oppression, and we, as Desi immigrants, have to acknowledge this too or we are in dangerous denial.

This is a call to mindful action for all of us. If you are a White yoga teacher, do consider using your platforms, your voices to denounce White Supremacy now; invite and amplify BIPOC voices into your platforms; ensure that your spaces and classes include and highlight teachers and practitioners from all races, genders, and abilities. If you identify as a member of the Desi immigrant population, and have the capacity, power, privilege, and know people who have voted for this President, have those challenging conversations with them now. If you feel grief, anger, and fear, know that it is human to do so now.
Resting and acknowledging and tending to our mental and emotional needs is also Yoga. When you are ready to do more, do more. Yoga gives us a framework, a platform, tools, and practices to regulate our nervous system, to tend to our whole being with discipline and compassion, and a big part of that is our participation in our communities. The first step is Svadhyaya, self-reflection. We all have our work to do to ensure that this never happens again. 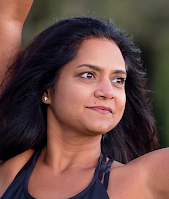 Anjali Rao came to the Yoga mat at nearly 40 recovering from surgery from Breast Cancer. She studies, teaches, and writes about Yoga philosophy/ history from a socio-political perspective and is deeply interested in the intersectionality of race, culture, gender and accessibility of Yoga practices. She aims to make the practice Yoga on and off the mat accessible, helpful and joyful to people across ages, genders and abilities. She is a part of the teacher training faculty in 200 and 300 hour programs in the Bay Area and teaches Yoga for Cancer Survivorship for the Stanford Cancer Program. She serves on the Board for HERS Breast Cancer Foundation, a non-profit that helps survivors and those going through treatment regardless of financial status. She is a lifelong student of Indian Classical Dance, a sucker for puppies, loves dark chocolate, the ocean and old trees. https://www.yoganjali.me/
This post was edited by Patrice Priya Wagner, Managing Editor of Accessible Yoga blog and member of the Board of Directors.

° DONATE here to help us bring yoga to people who don't have access or have been underserved, such as people with disabilities, chronic illnesses, children with special needs, and anyone who doesn't feel comfortable in a regular yoga class.
Posted by patricewags@gmail.com at 8:30 AM